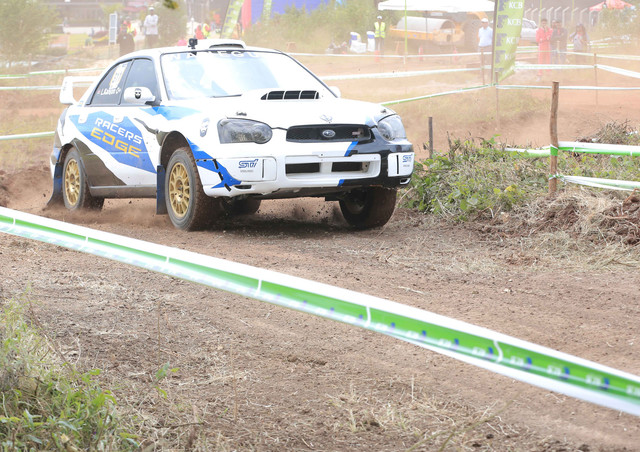 It was a tale of resilience, and hard work as 21 drivers battled for top honors during the second round of KCB Autocross Championship staged at the Waterfront Mall on Sunday, 23rd February 2020.

The 2wd non-turbo attracted 12 entries in a battle that saw Zameer Verjee post fastest times in heat 2 and 3 clocking two minutes and 51 seconds in each of the heats. Verjee posted the spectacular victory during the controlled and witty race.

“Today was my lucky day, I pray that we keep winning the KCB Autocross championship events,” said Zameer.

The star attraction of the day was 22-year-old Maxine Wahome, who was making her debut at the event from Moto X. The speedster was impressed with the performance that saw her compete with Lovejyot Singh, Azad Manji, and Shaz Ismail in the 2wd turbo class.

“I am delighted with the KCB Autocross championship; I will be envisaging to cement my legacy in the sports discipline,” said Maxine. Her mother Beverly Wahome was elated with her daughter’s feat terming it as ‘a dream come true for the family.’

KCB Bank Kenya Riverside Centre Manager Kevin Bwaley lauded the drivers for the brilliant outing, adding that the bank is keen on growing the sport from strength to another.

“We are keen on growing the KCB Autocross Championship from strength to another,

The Waterfront Mall Karen  Director Dr. David Muguku lauded Sikh Union Club for a successful outing, adding that the newly created track will be vital to the motorsport talent development of local stars.

“We thank KCB and Sikh Union for delivering a superb autocross championship, our 0.7 Kms track is magnificent, and we are looking forward to hosting more events in the future,” said David.