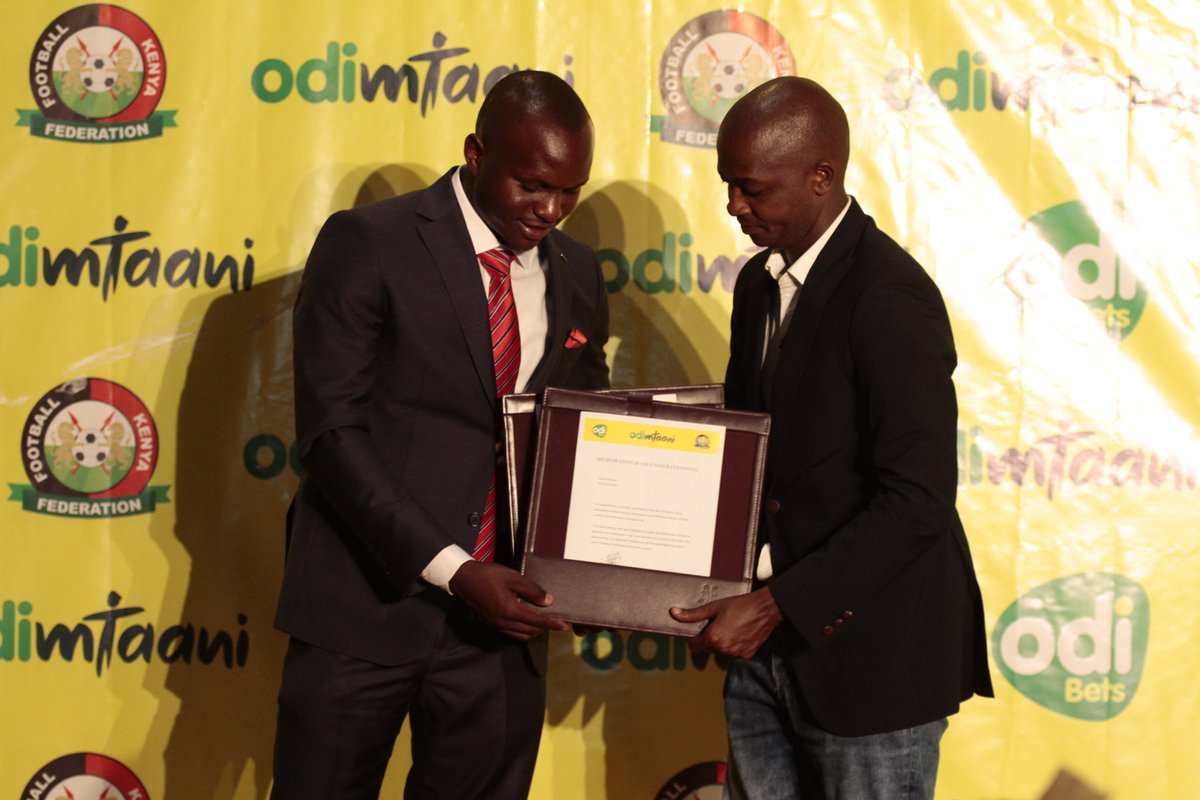 The two- month long tournament, played in a straight knock out formula will see over 140 teams from Nairobi East and Nairobi West FKF branches squire it out for the 500,000 shillings top prize.

Speaking during the launch, Odibets country marketing manager Aggrey Sayi noted that the tournament, which has plans to roll out to other counties, is in line with the firm’s vision of growing untapped talent from the grassroots to the national and international level.

“Through this tournament, we hope to harness and foster the immense untapped potential that our grass-root teams have. As we start this journey, we take pride in youth development and believe that our brand resonates with the needs of the clubs that are set to participate in this tournament,” Sayi said.

The tournament will see Odibets sponsor the grassroots tournament to a tune of Sh20 million, which will include the prize money, kitting of all participating teams and tournament logistics.

FKF President Nick Mwendwa welcomed tournament initiative which he equated to a mini FKF cup at the county level noting that the federation looks at working with the firm to help in nurturing local talent in the country through the tournament.

“Today, once again, we mark an important milestone with the coming of this partnership, which is a major boost to grassroots football.” Mwendwa said.

“Grassroot is the starting point to almost all the stars we adore at the national level, that’s why in the four years we have been in office much of our efforts have been and will remain putting our focus and energy in developing grassroots football.

“As a federation, we are thankful to Odibets for being our core grassroots football partner. Their commitment in supporting football mashinani is very much appreciated by the larger football family,” he added.

The lucrative tournament will see the top four teams meet at a football bonanza at the camp Toyoyo grounds on 3rd may,2020 where the winner will walk away with 500,000 shillings while the runner s up will pocket 300,000 shillings. The third and fourth placed teams will carry home 200,000 shillings and 100,000 shillings respectively.

The top Scorer, Best Player and Best Goalkeeper will each receive a cash prize of 30,000 shillings and gift hamper.

In 2019, FKF inked a multi-million deal with Odibets aimed at growing local football talent at the grass-root level.

The betting firm has also managed to provide playing kits to the various teams playing in the County League.