Kenya’s Asbel Kiprop won the men’s Emsley Carr Mile in a meeting record time of 3:51.89 in Birmingham, breaking Steve Cram’s stadium record for the event in the process. 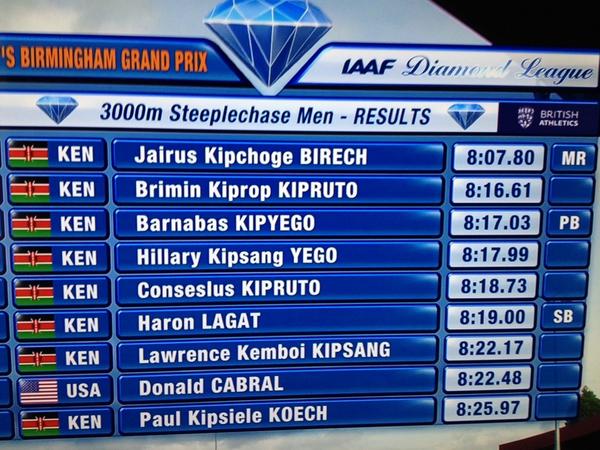 Birech pulled away from the field and held a comfortable lead going into the last lap. However, the Kenyan misjudged his final jump, stopped and eventually had to climb over the barrier before finishing in a time of 8:07.80.