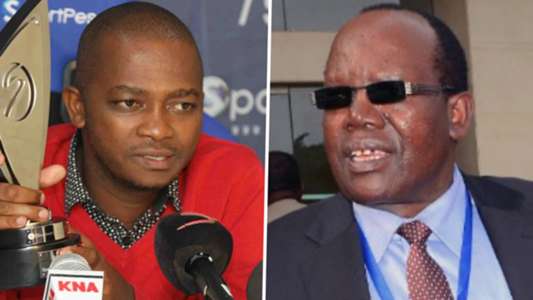 After taking my time to read an advertiser’s announcement in the Weekly Citizen dated August 3rd-9th, 2020, by former Football Kenya Federation (FKF) president Sam Keengu Nyamweya in regard to his achievements during his tenure in office. I want to take this opportunity to react to his assertions.

Nyamweya claims to have fixed a strained relationship with FIFA/CAF and the Government of Kenya.

By the time Nyamweya was leaving office in 2016 FIFA and by extension CAF had put an embargo on Kenya from receiving funds due to misappropriation and non-accountability of the monies advanced to the federation.

In 2015, in a list of shame released by the Ethics and Anti-Corruption Commission (EACC), Nyamweya, who was listed at number 92 in the list, was accused of embezzlement of funds at Football Kenya Federation and that the case is under investigation by the Anti-corruption commission.

On releasing the damning document, on Thursday 26 March 2015, President Uhuru Kenyatta issued an executive order asking the named people to step aside as investigations progresses including Nyamweya, who refused.

Refurbishment of the FIFA Goal project

Over five years ago, the FIFA GOAL Project based at Nairobi’s, Kasarani, funded to the tune of USD400,000 (about Kh40 million), stood desolate, making a mockery of efforts by the world-governing body to develop the game locally.

The previous regime headed by Sam Nyamweya neglected facility situated a few metres from the Moi International Sports Centre, Kasarani to an extent of abandoning it in favour of renting the federation’s offices elsewhere at the Nyayo National Stadium swimming pool area.

Four years, later after Nick Mwendwa succeeded Nyamweya, the facility is a sharp contrast from its former sorry state, thanks to its rehabilitation and resuscitation by the present Football Kenya Federation (FKF) headed by Nick Mwendwa.

The facility now renamed FKF House by Mwendwa’s administration from Kandanda House now houses the Federation’s secretariat, which is a fully fledged team that runs the federation’s day to day operations.

During Nyamweya’s tenure, potential partners shied away from the game owing to financial impropriety and lack of accountability by the Federation. There was no corporate trust in the then leadership at FKF.

Hardly a year after Nyamweya was elected into office, Safaricom pulled out of the Sakata Ball partnership due to mistrust and disagreements with his administration. Nyamweya and his cronies had demanded kickbacks, which were not part of the corporate giant’s DNA.

Under Mwendwa, the tournament has since grown into the country’s most followed grassroot competition, involving boys and girls under the age of 20, under the Chapa Dimba na Safaricom brand. The best players from the competition have thrice been scouted into international clinics. Last year they trained under the La Liga partnership in Barcelona, Spain.

Coca Cola lost their confidence with Nyamweya’s administration after his administration failed to live up to their agreement. This partnership was revived with the secondary school’s association during Mwendwa’s tenure.

Since Mwendwa took over, the federation has gained the confidence of corporates to come on board as sponsors and they include the current Kenyan Premier League (KPL) sponsorship by BetKing, previously SportPesa funding the premier league and FKF cup, Betika sponsoring the National Super League (NSL), Odibets (grassroots football), BetKing (National Super League Division One), Betway (FKF Cup), Bamba Sport (previously broadcast sponsors for NSL), Betin for Harambee Stars and Safaricom in promoting grassroot and youth football through Chapa Dimba.

During Nyamweya’s time cases and disputes in promotions and relegations in various leagues of the federation were at an all-time high.

There were no clear-cut rules and regulations in the lower leagues. Promotion and relegation were determined in boardrooms to the highest bidder, rather than on the pitch based on the results.

Today, rules on promotions and regulations are clear and a proper mechanism set in place to deal with genuine disputes and cases arising from the various leagues and competitions.

During Nyamweya's tenure coaches and referees would be subjected into paying exorbitant training fees which ended in most shying away and missing out on opportunities of getting trained.

Mwendwa’s administration appreciated the role of football’s technical wing through conducting capacity building courses of coaches and referees free of charge with the federation paying for the costs.

In Mwendwa’s four years in office over 3000 coaches have been trained in Basic, Advanced (CAF D) and CAF C License levels to ensure that there are adequate qualified coaches to train teams from the grassroot to the national level. Over 100 local coaches have also been trained as FIFA Instructors in the last four years.

The free refereeing courses being offered during Nick Mwendwa tenure have churned out over 3000 refined and credible match officials to handle matches as they stay abreast with the laws of the game and also ascertained their physical preparedness to handle league fixtures.

In the last four years there also has been a steady increase in the rise of Kenyan match officials considered for international CAF and FIFA assignments during International and Continental competitions.

Kenya’s men’s national football team Harambee Stars qualified for the first time for the African Cup of Nations (AFCON) after missing out for 15 years thanks to Nick Mwendwa's magic wand.

Under Mwendwa, the women’s national team, Harambee Starlets qualified for the first time ever the AWCON in 2016. The country’s soccer queens went ahead and won the CECAFA women championship in 2019.

Nyamweya has not talked about what he did in terms of promoting youth development which is an important area of managing transition and nurturing football from the grassroots.

Upon taking over leadership in 2016, the new FKF office’s first step was the establishment of U13/15 Leagues in 53 sub-branches across the country, aimed at giving young players a chance to showcase their talents.

Out of the Youth Leagues, the Federation rolled out an U13/15 Youth Championship, whose first edition was held in Nakuru in August 2016.

The tournament, which pitted eight teams from eight regions across the country, gave the federation a platform to select players into the National U13 football team, which took part in the Annual Southampton Cup in England, winning the Shield Trophy in August 2017.

In an effort to sustain this success, the Federation, at the start of 2019, actualized its National Centre of Excellence.

The Centre brought together young players under the age of 15, most of whom were part of the initial U13 team, on a home-schooling program.

Through a partnership with Wadi Degla, the team holds daily training sessions at the Sports Club’s state of the art facility in Runda while pursuing their studies online at the Centre of Excellence based in Thome, Nairobi.

In April 2019, the team took part in the prestigious Mediterranean International Cup in Costa Brava, Spain, where they bowed out in the quarterfinals.

Handing over by Nyamweya to Mwendwa was never peaceful but chaotic where Nyamweya’s regime only handed over debts and liabilities to the incoming office which have culminated to many lawsuits against the federation.

Nyamweya handed over the current administration debts which he had incurred during his tenure which include unpaid salaries to the staff, non-reimbursement of air tickets to national team players travelling from abroad and non-payment for services by suppliers.

In my opinion, Nyamweya’s regime hadbeen characterized by inept and corrupt leadership, which led to him stepping down at the eleventh hour to avoid an imminent defeat because of the confidence the football electorate had lost in him.

The advertisers’ amount is meant to be used as a face saving measures in attempting to redeem his tainted image by trying to dupe unsuspecting Kenyans.