We will beat AC Leopards away-Nuttall 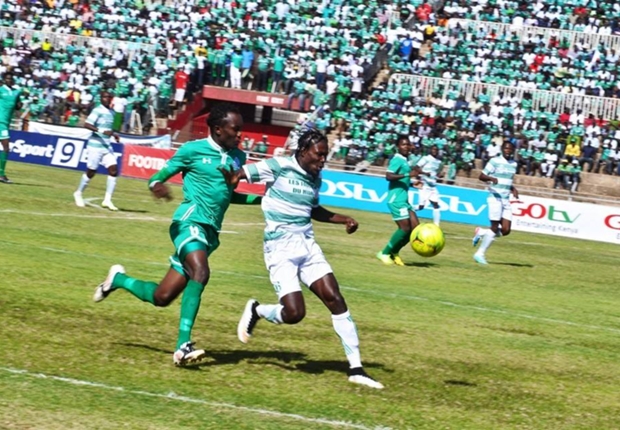 Gor Mahia Coach Frank Nuttall has said he is confident the green army will still proceed to the second round in Caf Champions League despite losing at home on Sunday.

K’Ogalo went down 1-0 to AC Leopards of Congo Brazaville at Nyayo Stadium a task that leaves them with a mountain to climb to progress in the competition. Gor Mahia will have to win by two clear goals to advance.

Nuttall told reporteers "I am extremely proud of my players. They did very well in both halves. As far as I am concerned we are still in contention for a second round place."

Nuttall however, admitted that his players were a bit rattled by second half goal scored by their opponents and it took away something from them. "It was unexpected and a bit shocking but I am proud of how the players fought back with a lot of bravery. They went all out to the end."

Gandze Cessair scored the all-important goal in 48th minute to give the Congolese side a distinct advantage going into second leg to be played in two weeks away in Congo. Gor Mahia needed an away goal to progress into first round of the competition at the expense of Madagascar champions CNaPs.

We will beat AC Leopards away-Nuttall